A few weeks ago, David found out his company wanted him to attend a conference. When he mentioned it to me, I didn't realize it was in a week and a half...and in Orlando!  We have a Southwest companion pass through the end of the year, so why not use it and join him??  Sounded exciting--until the next morning!

It hit me--oh my, I have to pack for an 11-week-old for 5 nights?  But we won't have a swing or vibrating chair for him to sit in!  What about packing enough sets of clothes without being able to do laundry??  Oddly enough, I wasn't worried about the flying part. It was being in another town, maybe without a car, and only me to hold him for at least three days (while D was in his conference) that worried me.

But it was great!  Just needed to think through and pack well.  Here are my tips: 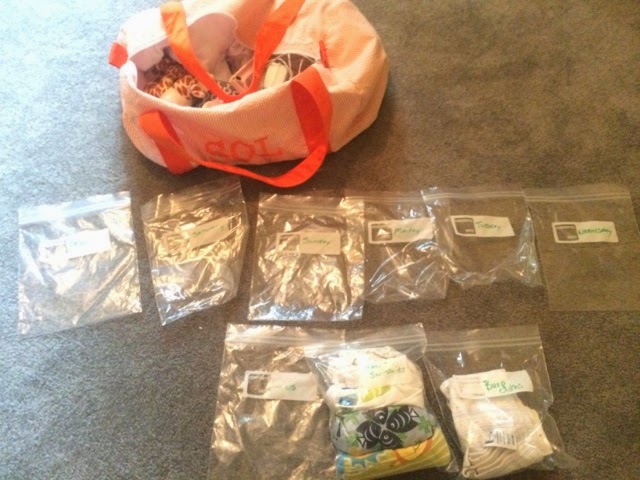