Some of you may have figured out that I would like for my blog to be a way of keeping family and friends updated with us AND bring in additional readers who are interested in reflections on my current stage of life, 'Mommyhood'.  I've always wanted to have children.  If you don't believe me, you can ask my younger brother Ian!  He was a guinea pig for me when we were kids.  It seemed much easier back then and I'm sure it had something to do with my Mom doing the brunt of the tough work.  Having my own son and adjusting my life around his schedule is a job in itself now.

Along with the scheduling, I want to make sure I am providing Sol with everything he needs.  Currently, there's materialistic needs and physical needs.  I won't always be able to give him what he needs, but I am doing my best to be attentive to him and incorporate my life and needs, too.  It definitely isn't easy!  My recent internal conflict is whether to be a full-time mommy or be a mommy AND a grad student.  I won't bore you with those details right now.  Instead, I'll do a follow-up on the Mother's Milk Tea I previously promoted as a MUST HAVE as a new mommy. 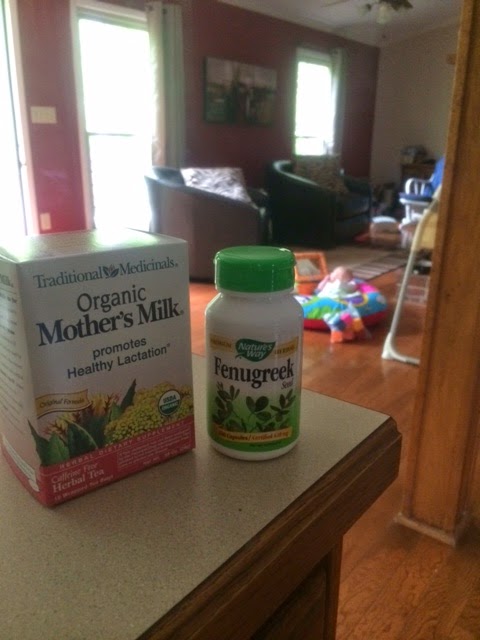 I am a firm believer that when tea's are promoted to help with something, they do!  Throat comfort, detox, sleepy time, smooth move...you name it, I've tried it.  I became a bit obsessive with the smooth move in 2012.  I ordered an amazon shipment of probably 12 boxes!  After some time, I realized that it may be too helpful and that my body may become reliant on it if I kept up the with drinking it daily.  I will still drink it occasionally, but especially not right now since it would effect Mr. Sol too.  I don't want to clean up THAT diaper!

I had contributed a lot of my breast feeding success to Mother's Milk Tea.  My milk came in very quickly after Sol was born and I think it had something to do with my drinking Pregnancy Tea before L&D and then switching over to Mother's Milk right after.  While I enjoyed drinking the tea for the first 4 weeks, I began to wonder why I had become so flatulent.  I'm not going to lie, I have my moments of flatulence, BUT post-preggo it seemed more than usual.  I assumed it had something to do with breast feeding and being a new mom, but 4 weeks was enough for me to start worrying.

Then my neighbor mentioned that she and her baby girl had stomach troubles when she drank Mother's Milk.  WHAT?!  Wait...hello, Caleigh...of course your stomach problems are associated with something you have ingested!  Now, I needed to stop drinking the tea and find out if my milk would provide enough nourishment for Sol.

Thankfully, it did....and the crazy gas stopped.  For BOTH of us!  Sure, we still have our moments, but not every hour!!  A week after I stopped drinking it, I had some of the tea and sure enough...the constant gas was back!

My milk has been fine and every now and again, I'll drink the tea.  While it does effect us some, it has helped to back off drinking it ALL the time.  I hear many women talk about their milk drying up or never having success providing enough for their little one and that is why I still like to drink the tea occasionally.

I know there are other foods that women will eat to help with their breast milk.  Have you had any success with something?  If so, what was it??  Please share your success secrets with me!!  Fenugreek seed is one of the suggested items I have read about...and I have an extra bottle for a giveaway prize!  Leave a comment about recipes or foods you have tried and one lucky person will win the bottle of Fenugreek seed!